The worldwide Cotton consumption is currently estimated at about 26 million tons. Altogether, the need for all fibres on the part of the textile industry is considerably higher; almost 110 million tons of fibre are processed worldwide. That is an immense use of resources, with a share of more than two thirds constituted of chemical fibres.

The effects of this consumption become clear when the products are in use or, as is often the case, are disposed of. Cotton has great advantages when it comes from the cotton field into processing: it keeps regrowing and thus is a renewable resource, and it is biodegradable. 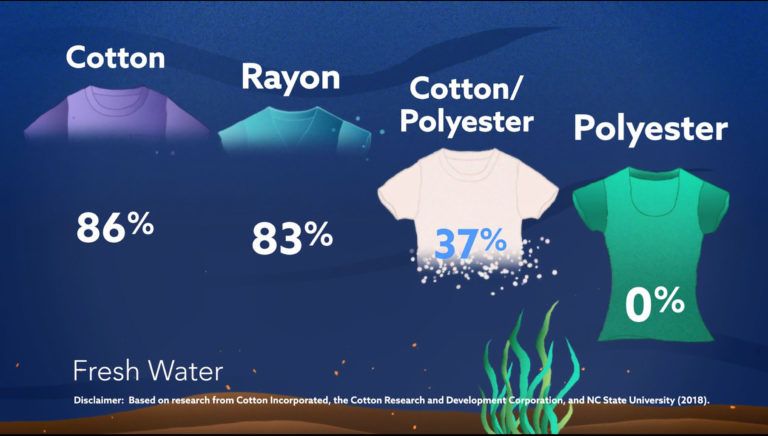 Most recently, a certain aspect of sustainability is intensively discussed in public: the pollution of rivers, lakes and seas with microparticles. Politics and environmental associations in Germany and Europe urge consumers, trade and industry to actively work on waste avoidance strategies. From 2021, the use of nine disposable products will be banned in the EU. Apart from plastic bags, plastic drinking straws, plastic cutlery and packaging material, which all find their way into waters after being carelessly thrown away, the discussion is also about certain kinds of textile fibres which are washed out in not small quantities during home laundering.

“The need for biodegradable fibres will grow immensely over the next few years. Cotton does not even have to be specifically processed in order to be biodegradable. Cotton with its cellulose basis is a piece of nature that can also be given back to nature”

Plastic does not biodegrade in water, instead it decomposes into microparticles that not only cause damages in aquatic biospheres, but in the worst case, land on our plates via drinking water or via food from animal products like fish or other marine animals. Microparticles have recently been found even in the air or in sea ice. 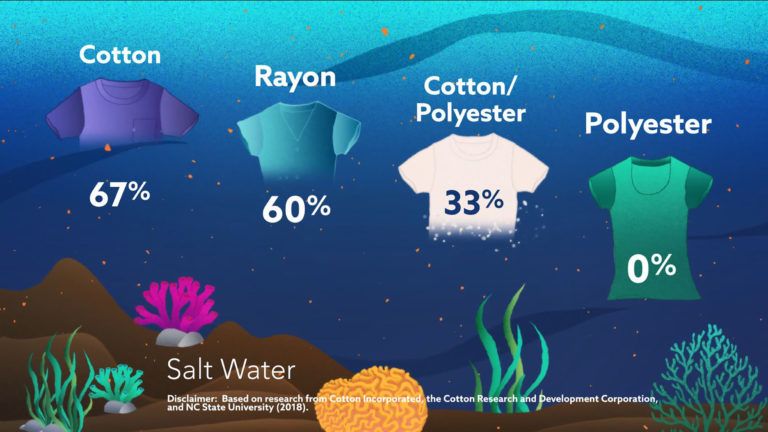 The situation is different for clothes and textiles made of cotton or other cellulose fibres. They also shed fibres during laundry, but studies in America, for example from Cornell University or the University of North Carolina, together with Cotton Incorporated in the United States and the Australian Cotton Research & Development Center (CDRC) show that microfibers from 100 percent cotton or from other cellulose fabrics biodegrade in water. This also applies to cotton fibres that are deposited in the ground. However, the degradation process observed in waters is faster.

The bottom line is: buying more textiles and clothing made of cotton means more sustainable shopping.