Hemp is a multi-purpose crop, delivering fibres, shivs, seeds and pharmaceuticals. Currently, the fibre is used for light weight papers, insulation material and biocomposites. The shivs, the woody inner core of the stem, are used for animal bedding and construction. Hemp seeds, small nuts with a high nutritional value, can be consumed raw or pressed into hemp seed oil, which has an excellent and unique fatty acid profile. Both seeds and oil are used for human food and animal feed. The non-psychotropic Cannabinoid CBD is an interesting pharmaceutical material and food supplement ingredient also derived from industrial hemp. 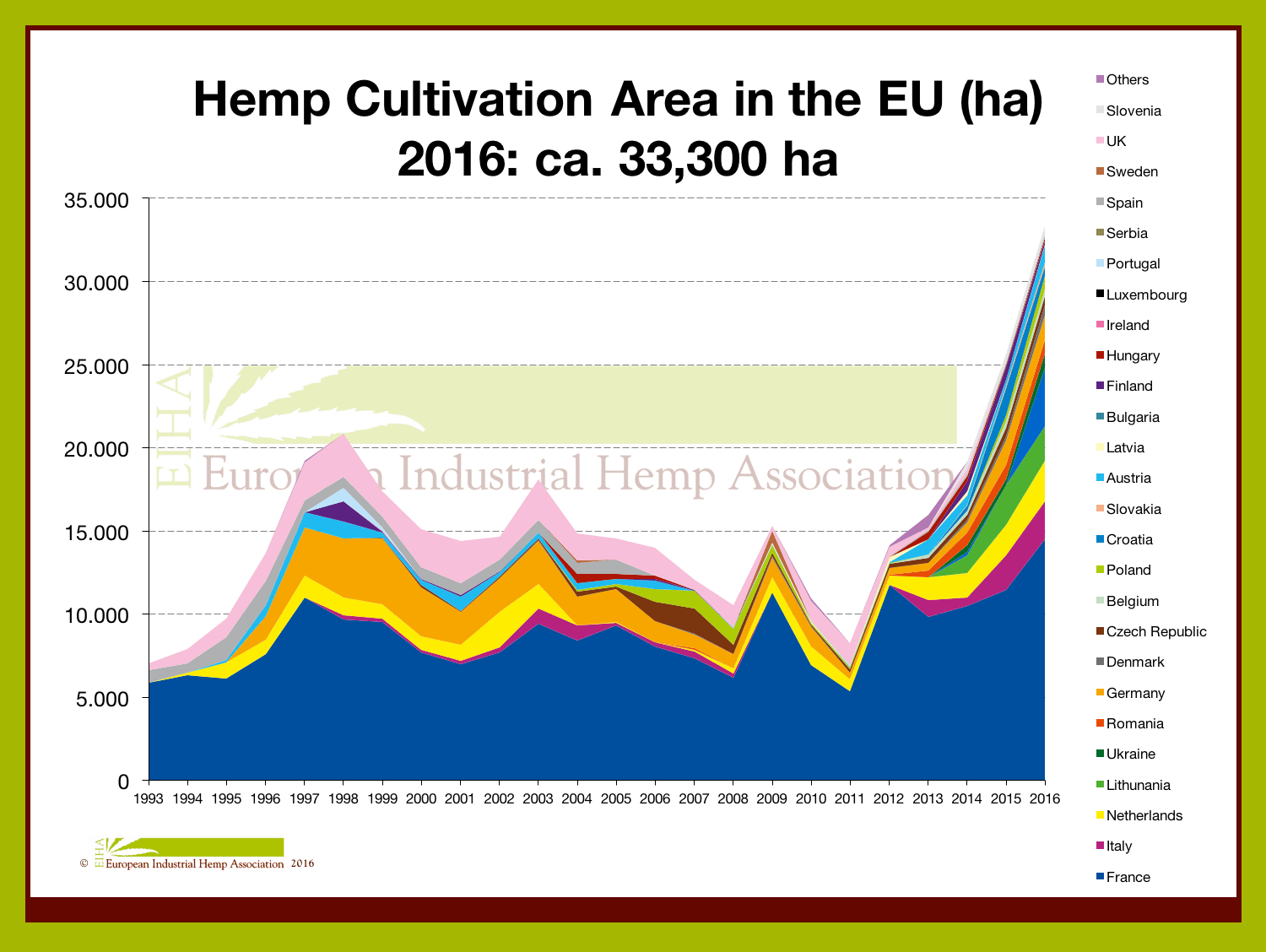 The European Industrial Hemp Association expects almost constant or moderately growing cultivation areas in the next years. The main cultivation areas are in France, the Netherlands, the Baltic Countries and in Romania. In recent years, many new European countries started or expanded their hemp cultivation, mainly to produce more hemp seeds for the health food market. In the last years, hemp food products have entered the mass consumer markets via supermarkets in Austria, Germany, The Netherlands and more countries.